The Chamber represents more than 2,000 businesses of all sizes representing 210,000 employees from a wide variety of industries that are contributing more than $32 billion in revenue to Hawaii’s economy.

Learn more about our nonprofit members and their work in our community.

Failure to Think of the Potential Pitfalls

You often hear how important a positive attitude is for success in business, but viewing contracts through rose-colored glasses can leave you blind to potential pitfalls. For any contract, you need to consider:

No Understanding of the Process

If you don't know all the above, you won't have a clear picture of where you stand throughout the process.

Lack of Attention to Detail

Details matter when it comes to contracts. If you give the other party a document full of errors, miscalculations, and loose, easily misconstrued language, you open the door to potential problems. Thoroughly review all documents before you present them. When you're sharing electronically, combine PDFs to prepare the final file. Not only will this make the contract look more professional, but it also eliminates the risk of the other party introducing errors or changes without your knowledge.

Failure to close on a deal doesn't always mean negotiations are unsuccessful. Sometimes, turning down a deal is the right choice.

Take a lesson from Tr?n Quí Thanh, the owner of Tân Hi?p Phát Beverage Group, a small family-owned beverage business in Vietnam. He turned down a $2.5 billion buyout offer from Coca-Cola because the terms weren't favorable. Since then, the family has made solid profits and grown a brand they take pride in.

If Thanh had fallen victim to fear or been intimidated by the size of the other company, he might have settled for that offer. When you close on a bad deal because of emotions, you can pay the price in terms of loss of revenue, time, and reputation.

Take Early Steps to Increase Your Chances of Success

Knowing the factors that often lead to unsuccessful negotiations can help you make the right choices throughout the process.

Join your local chamber of commerce to network with other business owners who can inspire your decisions related to contract negotiations and more. 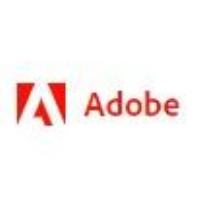