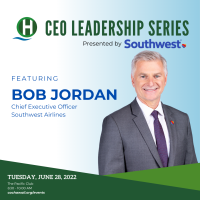 Managers, Directors, VPs and C-Suite executives are invited to join us for this exclusive conversation amongst your fellow colleagues to discuss and network.

As locals return to flying and visitors come back to our beautiful beaches, every community in the Islands has a stake in thoughtful and sustainable tourism and air travel.

Southwest® CEO Bob Jordan invites you into a conversation, as part of the Chamber’s ongoing CEO Leadership Series, to discuss how the Hawaii’s second-largest air carrier views its role in setting and achieving climate goals that mitigate the overall environmental impact of tourism.

You’re invited to share and hear ideas and solutions in a collaborative discussion on regenerative and sustainable tourism, moderated by Honolulu Star-Advertiser Waikiki Bureau Chief and tourism reporter, Allison Shaefers.

Southwest, the nation’s largest domestic carrier, has served the communities of Hawaii for more than three years and now offers 60+ interisland flights a day, and access from Hawaii to the more than 70 destinations on the mainland through nonstop service to eight gateways in the West. 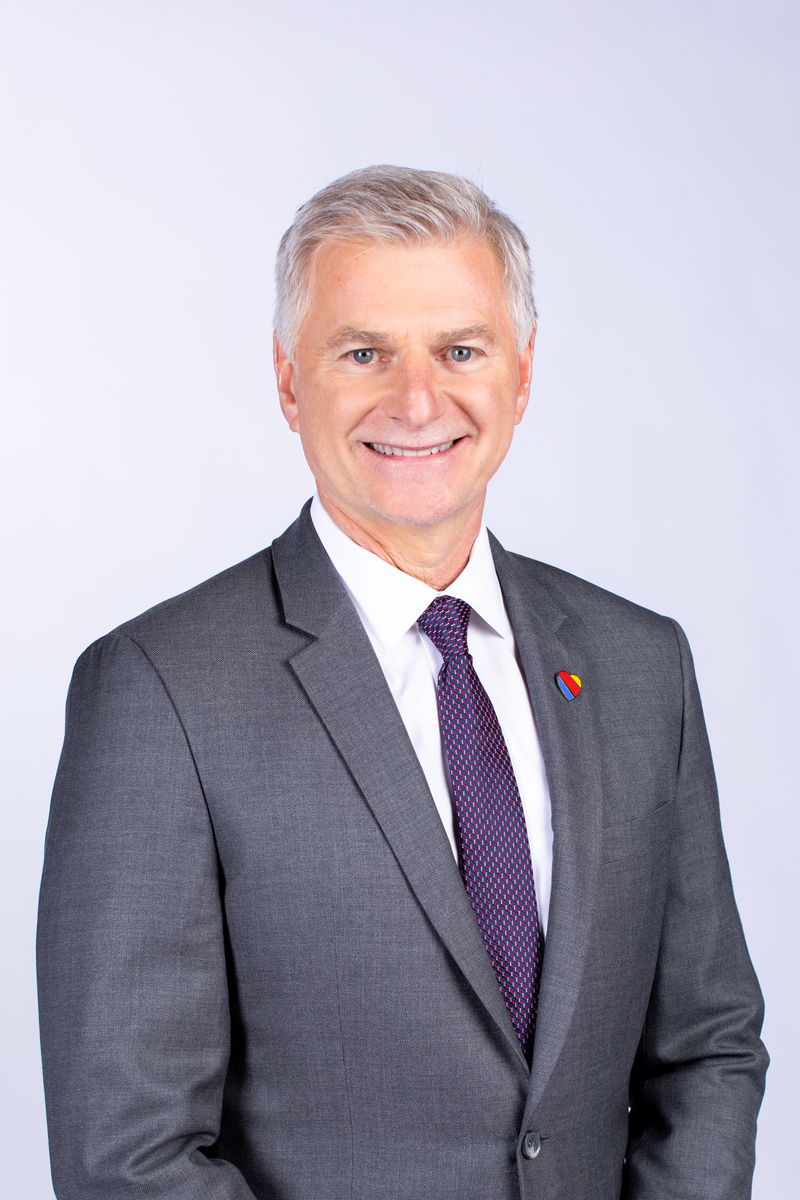 Bob is a proud former student of Texas A&M University, having earned an undergraduate degree in computer science and a master's degree in business administration. Bob has served the university in many capacities, including the Mays Business School Dean’s Advisory Board, and the Board of the Association of Former Students, and is the recipient of both the Texas A&M University Computer Science Distinguished Former Student and the Mays Business School Outstanding Alumni Awards.

Beyond Southwest, Bob serves on the board of directors for The Container Store, where he is Chairperson of the Board, and the Board of Trustees of the Southwestern Medical Foundation. Bob and his wife, Kelly, are members of the Texas A&M University Legacy Society and are active in charitable organizations, including Cross Timbers Community Church, Compassion International, SOS International, and the Metropolitan Opera. They have two grown children and two grandsons. 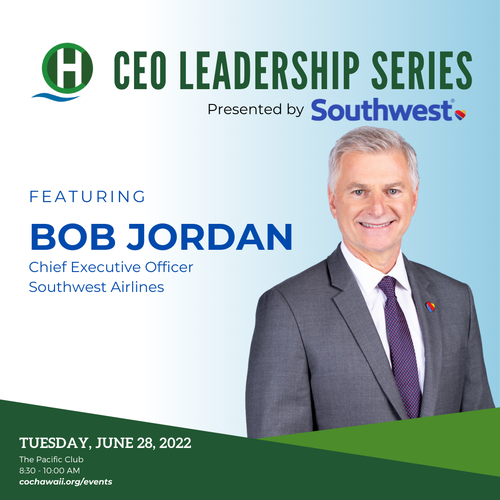 In consideration for participating as a guest in any Chamber of Commerce Hawaii event, I agree to hold the Chamber of Commerce Hawaii harmless and release it from any liability arising from any lost, missing stolen or damaged personal property at any of its events. Please keep all personal property under observation or secured.
​
This event is being photographed and videoed.  By entering, you agree to the use of recordings of you in connection with editorial, promotional, and/or advertising materials relating to this event or our other events in any media.  Please inform our photographer if you do not want your image used in this manner.