The Chamber of Commerce Hawaii and Japan-America Society of Hawaii invite you to join us for a panel discussion on the return of Japanese travelers to Hawaii.

Aloha-Yokoso!
Getting Ready to Welcome Japan Back and Support Hawaii's Economic Recovery
presented by Hawaiian Airlines

Tourism and business leaders participate in two panel discussions on the return of Hawaii's largest international visitor market, Japan. Panelists to discuss how airlines, tour companies, hotels and local businesses are preparing for the return of Japanese travelers to Hawaii, strategies to increase their spending in the islands, shopping and marketing trends and more. Learn tips and strategies to support the economic recovery of local businesses.

Agenda At-A-Glance:
8:30 AM Registration and Breakfast

9:00 AM Welcome and Opening Remarks 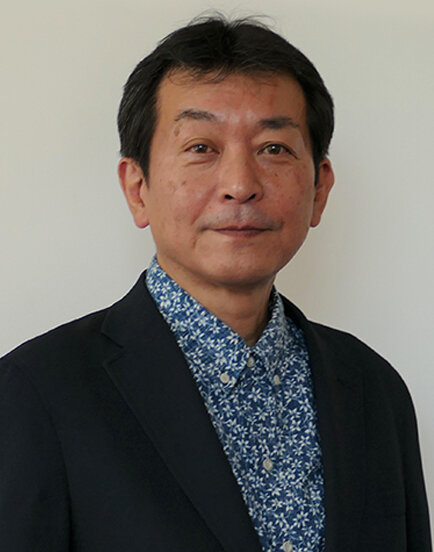 Consul General Aoki holds a Bachelor of Science degree in Agriculture from the Department of Fisheries Science, Facility of Agriculture, at The University of Tokyo. 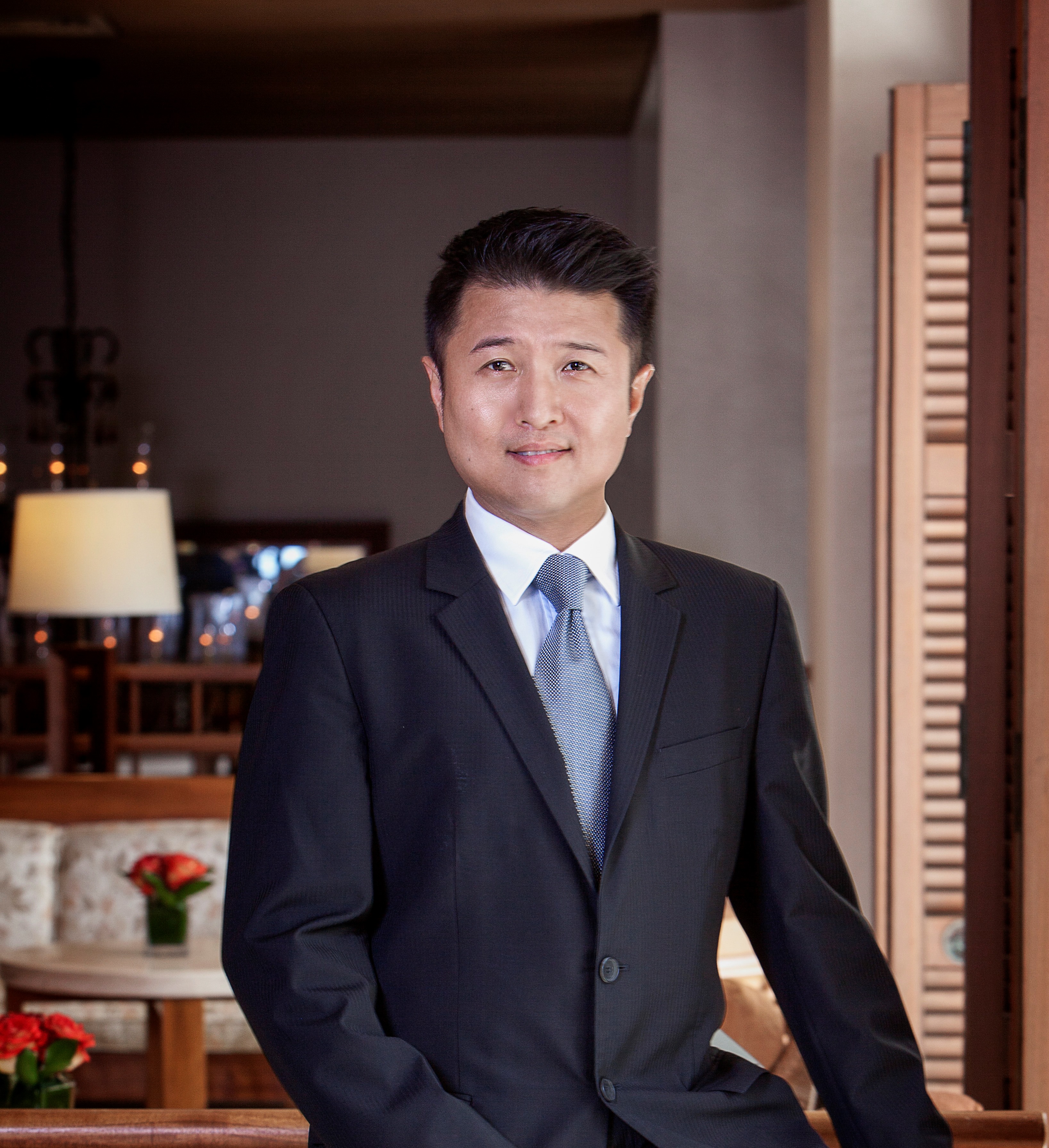 Chi Hoon Bang is the Director of Sales & Marketing - Executive Member for the Halepuna Waikiki by Halekulani and has over 25-years in the tourism and hospitality industry.

Hoon Bang holds a Bachelor of Science degree in Business Administration with a concentration in Hotel & Restaurant Management & Tourism at the University of Denver. 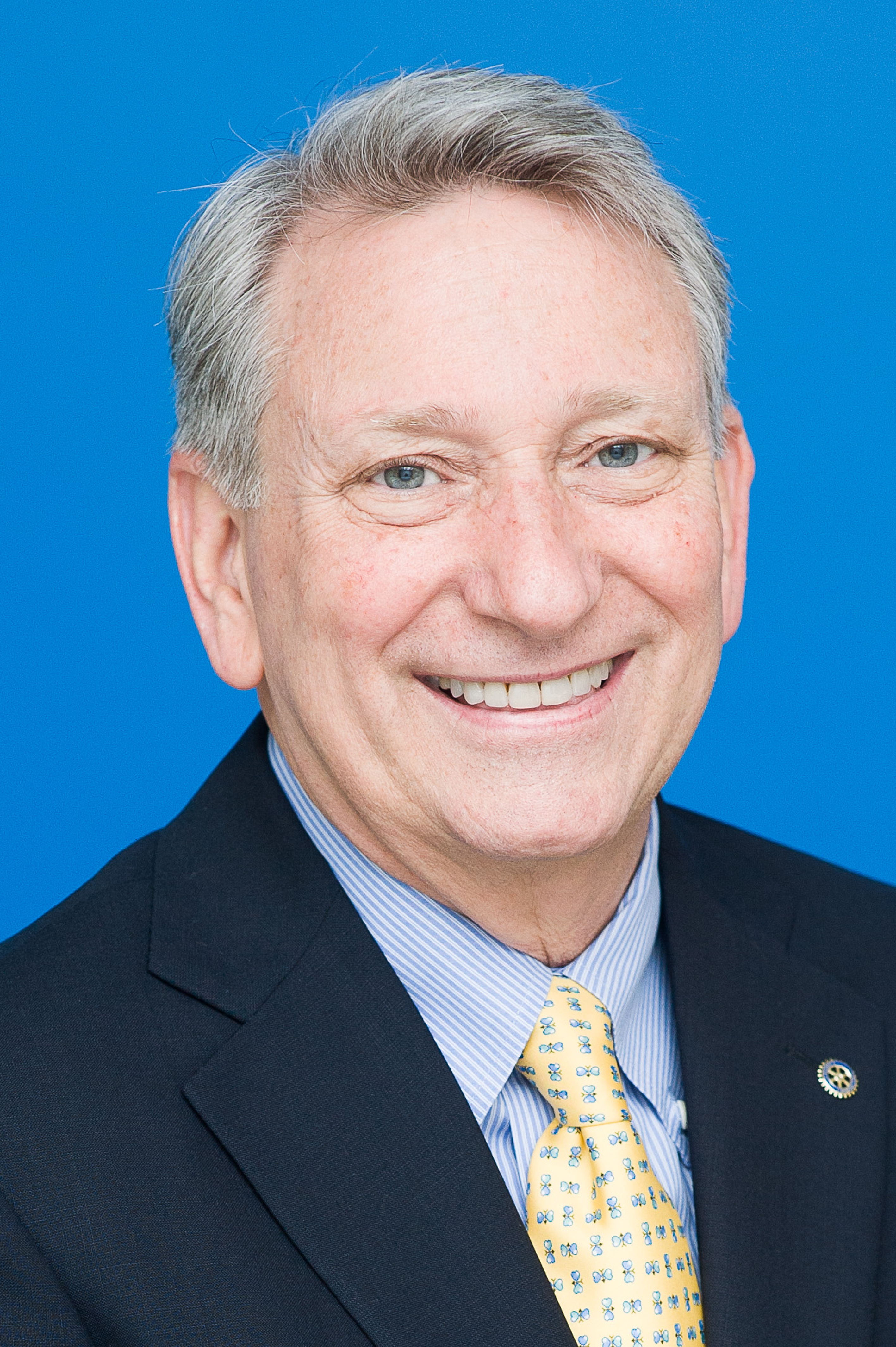 Dave was named the 2014 U.S. Small Business Administration (SBA) Small Business Person of the Year for the State of Hawaii and a past recipient of the Governor's Retail Merchant Award. His professional affiliations includes: chair, Hawaii Pacific Export Council - past chair, HJCC (Honolulu Japanese Chamber of Commerce), past chair, PATA (Pacific Asia Travel Association) Hawaii Chapter, past executive committee/board member of JCCH (Japanese Culture Center of Hawaii), and board and executive committee member, RMH (Retail Merchants of Hawaii) where he served for over 20 years.

He holds a Bachelor of Arts degree from the University of Hawaii, Manoa, where he majored in East Asian/Japanese Studies and minored in Travel Industry Management and Marketing. 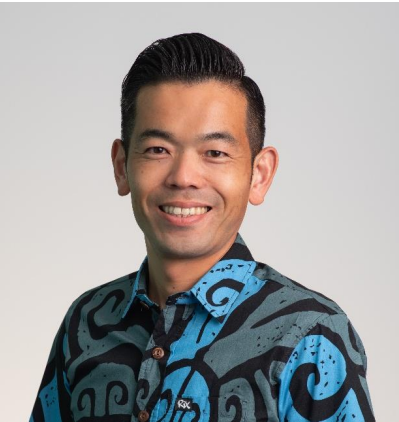 Tomohiro Ito was named Director of Sales - Japan of Hawaiian Airlines in July 2019. In his role, Ito is responsible for overall Hawaiian Airlines' sales activities in all Japan markets that Hawaiian serves. 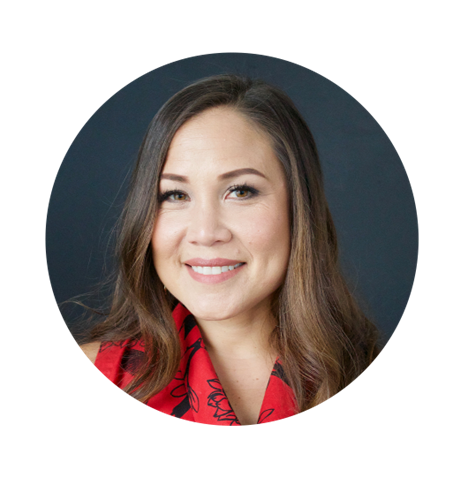 Meli James is cofounder at Mana Up and president of the Hawaii Venture Capital Association. Prior to Mana Up, Meli's career path led her to Silicon Valley where she cofounded her first company, Nirvino, a #1 ranked wine app, an Apple Platform Top 100 App, and Top Ten Lifestyles App in 2007. She later moved back home, bringing her experience to Hawaii accelerators Blue Startups and the University of Hawaii's Venture Accelerator. Meli has been recognized by Entrepreneur Magazine as one of five Women to Watch and as one of eight Women Leaders Who Are Disrupting Entrepreneurship. She serves on the board of UHA Health Insurance and board of regents for Chaminade University. Meli is a graduate of and entrepreneur in residence at Cornell University. 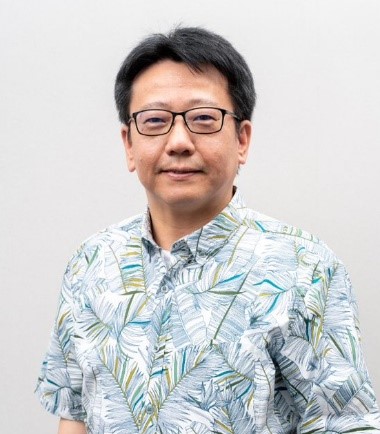 Ted brings with him 28 years of experience of working in the tourism industry.  He joined JTB International, Inc., in New York in 1994.  In 2017, he was transferred to JTB USA, Inc., as Vice President of Corporate Planning based in Los Angeles.  In 2020, he became President of JTB International (Canada) Ltd., based in Vancouver, Canada, to oversee the entire operation in Canada.

Ted is a graduate of Montclair State University in New Jersey, with a degree in Tourism in 1994.

Julie Plant is the Vice President of Retail at the Honolulu Cookie Company, where for the past eight plus years has directed a team of great leaders for the operations, visual merchandising, and sales revenue at the stores in their Las Vegas, Guam and Hawaii Regions while also overseeing the company's Customer Service call center and Corporate Sales department.

Julie has over 33 years of Retail Management experience in the Hawaii market having held Director positions in companies such as McInerny, Philips Van Heusen, Price Busters, and G.H. Bass. She has served on multiple advisory boards over the years and currently serves as Chairperson for the Retail Merchants of Hawaii, is a board member of the Waikiki Improvement Association as well as the Waikiki Business Improvement District and the S.J. Foundation. 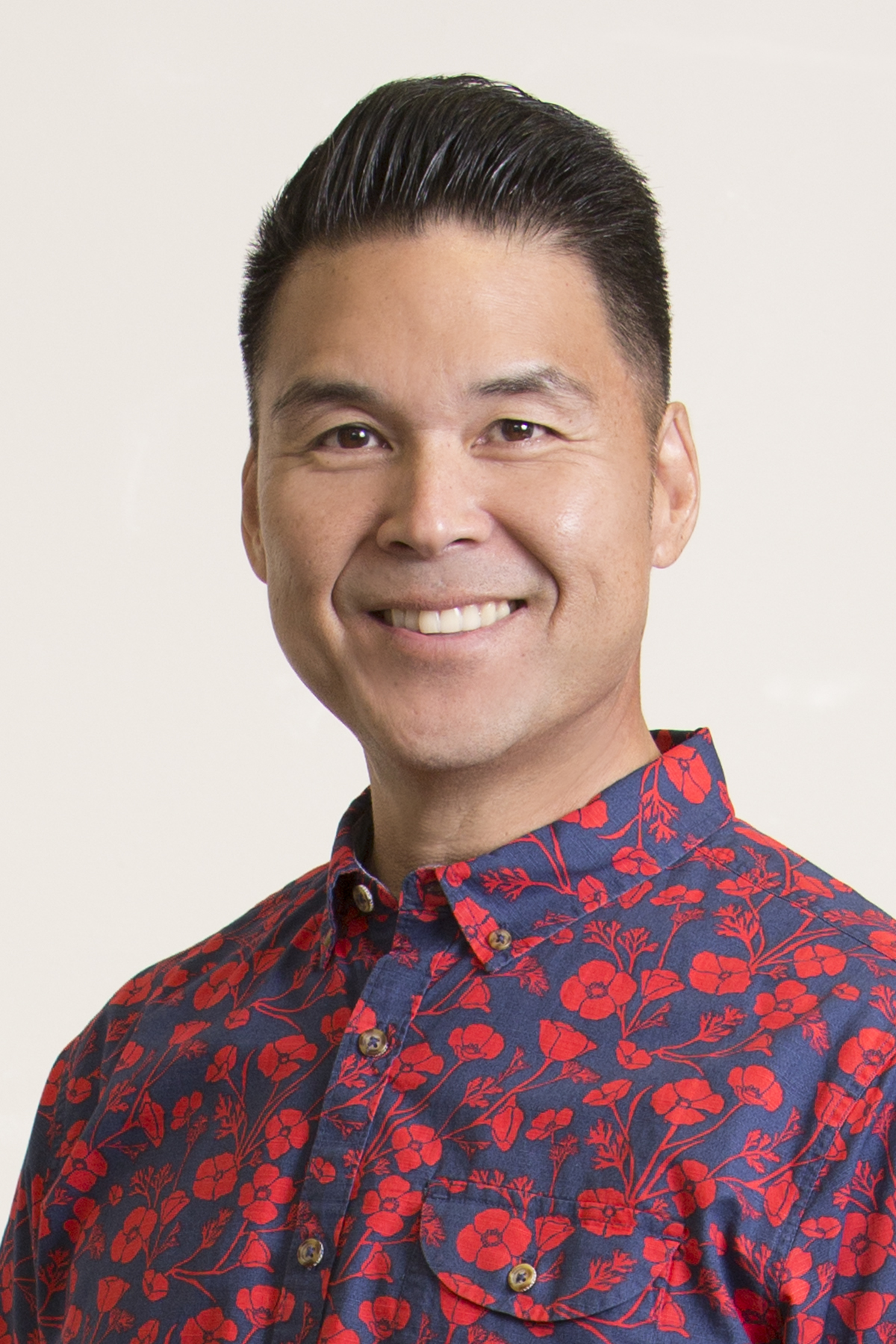 Born and raised in Hawaii, Eric graduated from the University of Hawaii at Manoa with a BBA (MIS) in 1990. Since 2012, Eric has served as the Managing Director of Hawaii Tourism Japan which is the official tourism office in Japan for Hawaii Tourism Authority.

The start of his 30 years of professional work experience began in sales for the attractions industry with a primary focus on the Asian markets and quickly expanded into sales, marketing, public relations, and coordination in the Japan tourism, commerce and Japanese sports and entertainment industries.

He established a.link LLC as owner and president in 1997 which provides sales, marketing, public relations and business development consulting specifically for the Japan market. 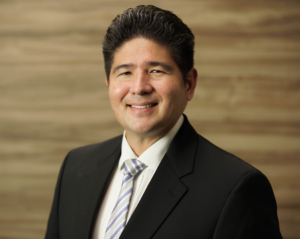 Since 2018, Ryan joined KAI Hawaii as CFO and runs the company’s investment arm, KAI HI Capital, LLC. In addition, Ryan is President of the recently acquired Underground Services, Inc. (USi), and leads the company’s affordable housing developments. Ryan has nearly two decades of experience in financial consulting, real estate, and business management. In 2007, Ryan founded financial consulting company Island Business Management, LLC, in which he is still active as it’s managing member. Prior to this, he has also worked in investment banking and finance in Japan, for Tokyo Star Bank and Deutsche Securities, Inc.

Ryan is also managing partner and co-owner of Giovanni Pastrami. During COVID-19, Ryan took on a prominent community role initiating a series of quarterly, statewide commercial rent surveys aimed at securing government grants for landlords and small businesses. He is active in the community and serves on the Boards for Shioi Construction, AhahuiKoa Anuenue (AKA), and as Chairman for the Hawaii Restaurant Association. 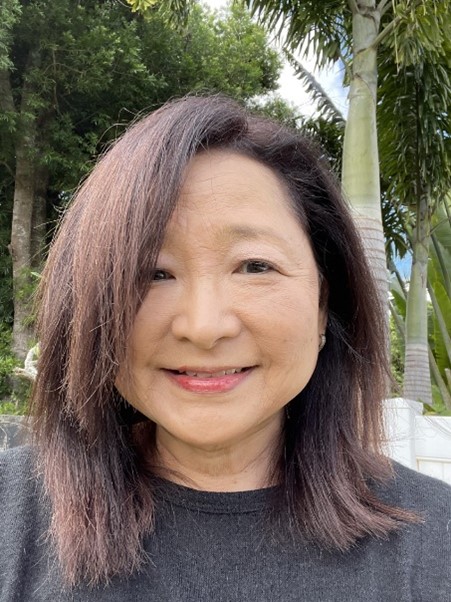 Janice A. Yasunaga is a graduate of Waiakea High School in Hilo and a graduate of the University of Hawaii, Manoa with a Bachelor’s of Business Administration in International Business.

In 1989, she began her career with Japan Airlines and her 33 years of experience include duties in Reservations, Administration, and Passenger Sales.
In her current role, Yasunaga is responsible for Passenger Sales which comprises of Sales/Market Analysis and the development of Tour and Marketing programs for the Hawaii Region.

Janice is married with 2 grown children.  She enjoys gardening, walking her dog, and traveling.  She challenges herself every year by running races and plans to complete her 10th Honolulu Marathon this year. 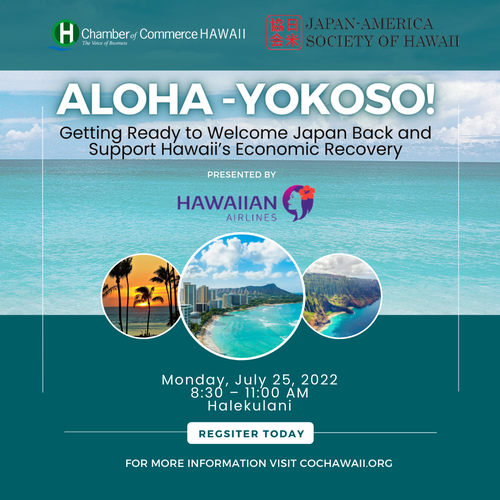