Chamber Week - a week-long series of events and programming that coincides with the opening of the Hawaii State Legislature to connect members and the business community with legislators and engage them in the legislative process. Click here to view a short video about Chamber Week.

Register to attend the (Virtual) Elevating Voices From the Classroom presented by Hawaii Dental Service to continue civic engagement and education with the next level of Hawaii's future leaders, high school students. Attendees will enjoy the opportunity to hear from both legislators and high school students as they aim to answer the question, what is a challenge in your community and what is a potential solution to address it? This panel offers an opportunity for students, teachers, legislators, and industry partners to connect for a fun, engaging, and impactful panel.

Select high school students will represent Kapolei High School, James Campbell High School, Pearl City High School and Waipahu High School for 2-minute pitches on their select issue and proposed solutions. Hear from our dynamic youth as they advocate for issues that are close to their heart and their creative solutions.

If your time allows, join us from 1:00 - 1:30 PM for continued networking and small group discussions by each school community in Breakout Rooms. 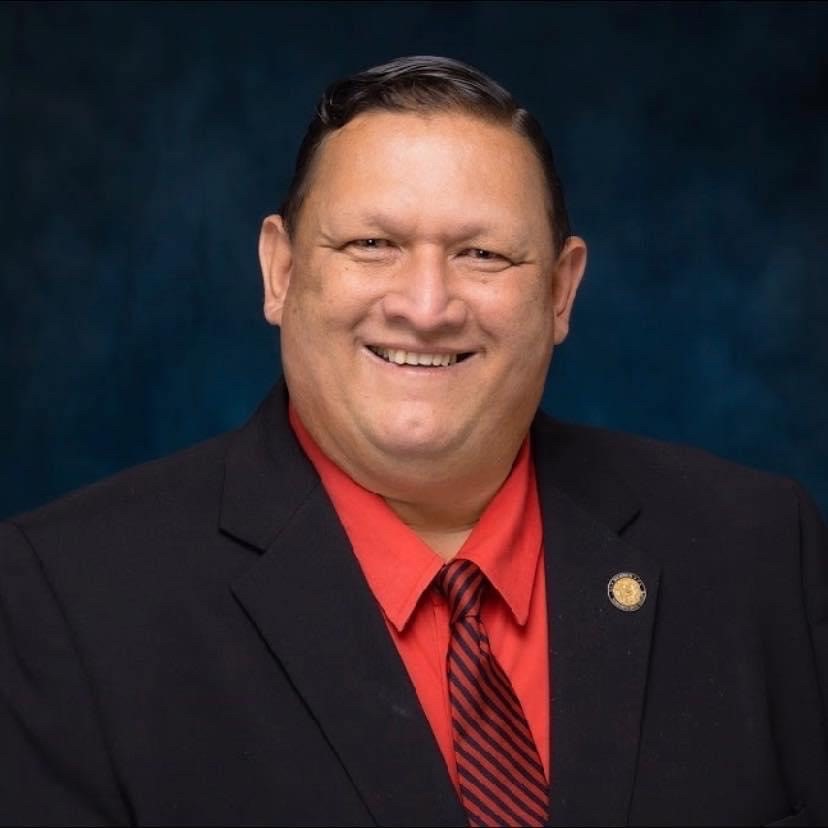 Senator Kurt Fevella is a born and raised Ewa Beach resident. He is a graduate of James Campbell High School and a dedicated community leader and advocate.

Since 1987, Senator Fevella has been devoted to helping his community and the State of Hawaii. Most of his time goes to assisting the people in the communities and advocating in legislation. His compassion is expressed through the countless hours of volunteering at food drives, supporting school activities, attending community board meetings, and pursuing the improvement of Hawaii, overall.  Meeting with officials, representatives and members of society is a part of his duty as an elected senator but he makes it a priority to work with, for, and by the people for the benefit of the present and future generations. Being able to lend a helping hand to our rich, poor, young, and elderly is his way of showing, we are all in this together.

For over a decade, he has been an active member of helping our communities from feeding the hunger and placing our homeless in shelters to celebrating our children’s awards in baseball and Ho’olaulea. Senator Fevella may be seen as the volunteer that has helped often and in many ways, but he wouldn’t think twice about it, especially if it means making Hawaii better, one day at a time.

Since 2006, Senator Gabbard has represented District 20 (West Oahu), which includes Kapolei, Makakilo, and portions of Kalaeloa, Waipahu, and Ewa.

He is currently in his 6th year as the Chair of the Senate Agriculture and Environment Committee.
He served as Honolulu City Councilman for District 1 (West Oahu) from 2003-2005.
With his extensive background as a teacher, counselor,  college administrator, headmaster of a private school, small businessman and a civil servant for 18 years, Senator Gabbard knows a thing or two about leadership, overcoming challenges, and successfully navigating the political arena.
He is also a former tennis pro, he used to own and operate a vegetarian restaurant, and is an accomplished musician,  producing a CD, “Stand As One”, in 2002.
His daughter, Tulsi Gabbard, represented Hawai`i Congressional District 2 in the U.S. House for 8 years, and ran for President of the US in 2020.

Bennette Misalucha is a community leader in Hawaii who has held key executive positions in banking, marketing, public policy and community outreach sectors, often pioneering roles for women and minorities which have brought her a number of awards and distinction. Born in the Philippines, she is fluent in three languages and has embraced Hawaii as her home for thirty six years.

Bennette runs her own strategic communications and business strategy consulting company. Her past experiences include Vice President and Regional Director for Government and Community Relations for Actus Lend Lease, LLC, Senior Vice President at Central Pacific Bank and television reporter and news producer, both in Hawaii (KHON Channel 2 News) and the Philippines.

Bennette is deeply involved in community and nonprofit work in Hawaii. She was a founding President of Women in Transportation Hawaii Chapter and was on the board of The Bus for 16 years. She currently sits on the Board of Regents at Chaminade University and the Filipino Community Center, amongst other organizations.

Bennette's work has earned her many distinctions, such as "Woman of Distinction" by the Girl Scouts of Hawaii, the United Filipino Community Council "Progress Awards in Banking and Finance", the "State Mother of the Year" for American Mothers Inc. and one of top "Ten Women Volunteers in Hawai'i" by Pacific Business News. She is also an alumnus of the Pacific Century Fellows program, Hawaii's version of the White House Fellows.

Representative Ty J. K. Cullen, is no stranger to public service and has always worked diligently on putting the community first.  He has served his central Oahu community as a member of the Waipahu Neighborhood Board and the Village Park Community Association. Ty represents the residents of House District 39, Village Park, Royal Kunia, Waipahu, Makakilo, West Loch, Ewa and Honouliuli.